The most dangerous volcanoes of the world! Talk part II

Why is a volcano potentially dangerous? Lets take a closer look on the different volcanic hazards.

They  occurred at Mount Saint Helens, Pinatubo and at Eyjafjallajökull too.
What is a lahar: A lahar is a mixture of volcanic debris with water. They can happen when a volcano has a glacier or a lake on its top but it can also happen  years after an eruption as layers of ash are re-mobilized by torrential rainfall. Such a “mud flood“ as lahars are called in Indonesia has the liquidity of fluid concrete. It also carries  with it huge chunks of rock, whole trees and many other things which it comes across on its way down slope.  Lahars are local effects but represent a major threat for the people living close to river valleys many kilometres from a volcano.

Then there are pyroclastic flows.

Mount Pele. Its pyroclastic flows killed all of the population in St. Pierre but one person.

Both Mount Saint Helens and Pinatubo  displayed these phenomena. A pyroclastic flow happens when the column of ash being lifted up by an eruption breaks down under its own weight. The speed of a pyroclastic flow depends on factors such as the density and the strength of the eruption but they can travel at the speed of an aircraft: up to 700 km/h. When they reach the sea, their speed can increase because the water steam produced by the immense heat right beneath lessens the friction. The pyroclastic flow that happened with the famous Krakatoa eruption in the middle of the 19th century reached coastlines far from the volcanic island itself. The most famous “killer“ pyroclastic flow is probably the historic one which killed thousands of Romans in Herculaneum 79 AD. Another very famous pyroclastic flow happened when Mount Pelée destroyed St. Pierre in 1902 or at Montserrat. Pyroclastic flows are local events without any global effect.

And most of the time when a volcano erupts there is ash.

How much ash is produced and how fine the grains are depends on the silica content of the magma, how much gas was inside the magma as it was rising and whether there was water involved somehow. Either through a glacier, a lake or seawater or if the volcano is caused by a subducting plate and groundwater has been pulled along with the subduction of the plate. Volcanic ash looks like fine splinters of glass under a microscope. It is harmful to inhale, potentially having effects like Asbestos. If ash gets distributed into the layers of the stratosphere, which is upwards to12 to 14 kilometres in altitude it reflects the sunlight and has a cooling effect on the Earth’s climate. Ash can have global and local effects. And, like with lahars, it can also be re-mobilized by storms happening years after the eruption. So better wear a damp cloth over your mouth if you walk through a volcanic ash cloud.

SEM image of ash from Eyjafjallajökull taken by author.

The next threats are gases. I am not able to provide any images to show this. Volcanic gases are invisible even though they are more or less highly poisonous. CO2, Carbondioxide is among them, locally one should be careful not to walk into ditches filled with CO2 because, like in a wine cellar, one can die in a pool of CO2 as long as it is heavier than the normal gas mixture we call air and lies beneath the layers of “breathable” air. In the atmosphere CO2 can cause a greenhouse effect. SO2, sulfur dioxide, is another gas, which has local and global effect. Local because mixed with water vapour, sulphuric acid is produced which is rather unhealthy for your lungs. In the Stratosphere tiny droplets of Sulphur Dioxide reflect the sunlight and have a cooling effect on the climate. Depending on the height of the eruption column, it may take many years for the SO2 to be washed out. Another poisonous gas is H2S, hydrogen sulfide.

Volcanic lightning is a very local phenomena as it happens only directly inside the ash cloud. Nevertheless it is stunningly beautiful. It occurs because the particles “rub” on each other and thereby the particles get charged. This electricity shows as violent lightning strikes.

A rarely occurring hazard is a tsunami, which can be caused by the failure of a flank of a volcano. Stromboli  showed a smaller one of those a few years ago, when parts of Sciara del Fuoco slid into the sea. When one thinks of a flank failure of an Island, La Palma in the Canary Islands is the one mentioned most often in the press. Such landslides have happened frequently around the steep slopes of volcanic islands and will happen again in the future but it is hard to determine when. A larger earthquake could do the trick of causing such a landslide. Waves much larger than those displayed by the tsunamis of Sumatra or Japan could cause devastating damage even on coastlines on the other side of the ocean .(In the case of La Palma, the American East Coast could be majorly effected, says the press; our GeoLurking thinks not much will arrive in the States.)

To me Kilauea in Hawaii is not a really dangerous volcano. It is a shield volcano with slow flowing lava. And as sorry as I am if someone builds a house on a lava flow which is not even 100 years old, the destruction of that house by a new lava flow does not really come as a “surprise”.

As for Yellowstone, about which media loves to create a hype whenever some minor earthquake swarm happens or simply when there is the typical summer lull, nothing to report and Nessie has not been sighted lately. Yellowstone was a supervolcano, but nothing indicates a mayor eruption any time soon. Some scientists think that maybe some smaller volcanoes might be created. The whole structure will not be blown up at one unexpected, unpredictable moment, ruining America and killing millions worldwide; in my humble opinion, at least not anytime soon.

Volcanoes might have influenced history more than we know.

Ever heard of the eruption of Laki in 1783? Here are some beautiful images of the Laki fissures nowadays. As soon as the Laki fissure opened and huge lava flows started emerging, the people in Iceland took notice and started to pray. Ash was blown towards the west and men walking the streets of Helsinki noticed a fine grey layer on their black hats and coats. Leaves hung blackened from the trees in Bergen, Norway, but until the arrival of ships from Iceland around 3 weeks after the eruption started, few people recognized that they were the result of a volcanic eruption in Iceland. 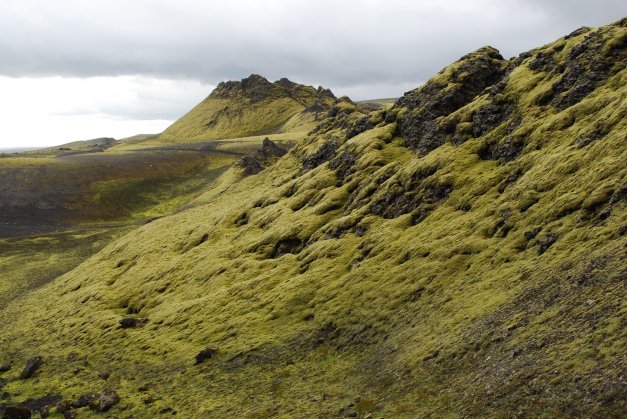 The ash cloud later turned towards the south; reaching Germany, France, even Switzerland and later England following the wind pattern of those days. During the summer weather was terrible in many parts of Middle Europe. The smell of sulphur was in the air. Thunder and hail storms happened all the time. Only recently scientists looked at the death lists in parts of France and England. A high proportion of people working outside in the fields died. They inhaled the poisonous gases and hunger due to crop failures did the rest. The winter that followed was one of the hardest in recorded history. Thousands if not close to a million people starved to death the years following the Laki eruption. Back then no one knew a volcano in distant Iceland was to blame. They saw it as God’s influence or mismanagement by local authorities. The famine following the Laki eruption was very likely one of the factors which caused the uproar of the under privileged; resulting in the French Revolution in 1789. So volcanoes have the ability to change history and this was by far not the only event influencing the fate of humankind; just think of Toba. 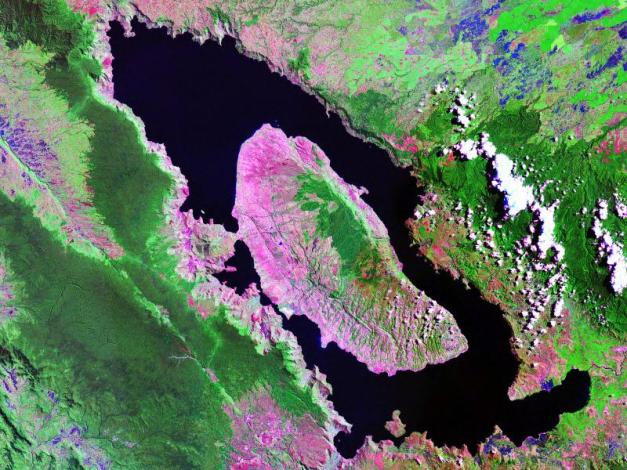 I do believe that many more disasters of human tribes were originally of volcanic origin, we just haven’t figured this out so far, or we might never know for certain because of the lack of written history or because we are not able to exactly determine the actual amount of destruction so many years later. The eruption of a volcano could cause famine, cooling of the climate, death of many people, or death of a civilization. Or were there other events going on at the same time which could have caused the same effects? Volcanic eruptions have probably also destroyed primitive or poorly developed civilizations leaving little or no evidence that they ever existed.

Here is the announcement for the lecture on the museums Homepage (in German):