The following image is a replica of the oldest painting supposedly showing a volcanic eruption and the mountain it most likely shows is Hasan Dag.

The  painting that is thought to be the first ever landscape was painted on a cave wall by a Neolithic artist. It shows what appears to be an erupting local volcano towering above the Neolithic settlement. The image of the settlement is interesting too because it is shown from birds view, a rather uncommon perspective in Neolithic times. The original painting is more than 7000 years old.

Mount Hasan (Turkish: Hasan Dağı) is an inactive stratovolcano in Aksaray province, Turkey. With an elevation of 3,268 m, it ranks as the second highest mountain of central Anatolia. (Wikipedia ) It last erupted 6200 BC. In the ancient world it carried the name Argaios oder Argeiopolis Mons. 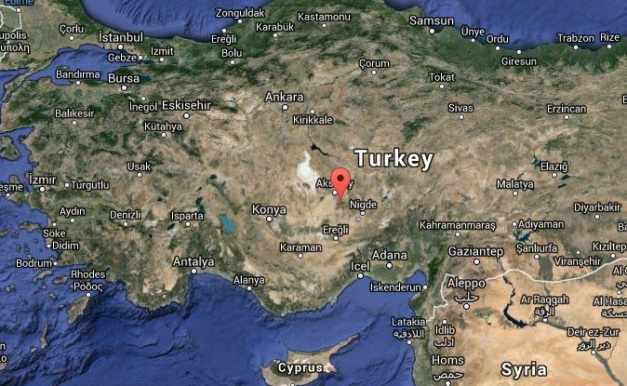 The stratovolcano Hasan Dagi has 2 central cones with a height of
3’253 m and 3’069 m.  A caldera with a Diameter of  5 km dominantes the peak region of the volcano. Some eruptions produced lava streams, Lava Domes  and pyroclastic flows destroyed several villages nearby. The estimated total of erupted material comes up with  354 cubic kilometer which cover an area of 760 square kilometer. On the top of the volcano you still find weak fumarolic activity. The top of the volcano is not covered with snow in winter, which shows that the volcano is only dormant and not yet completely extinct.

Quote: Wikipedia: “The ancient settlement of Çatalhöyük collected obsidian from the area of Hasan Dağ, which they probably traded with other settlements for luxury goods. Obsidian mirrors and flakes have also been found. The importance of Hasan Dağ to the people of Çatalhöyük may be shown by a wall painting, sometimes called the “first landscape” by art historians, which some believe is a depiction of Hasan Dağ towering over the settlement’s houses.”

Approximately a six hours’ walk is required to climb to the top of the mountain from the highest point accessible by car. The summit offers a fabulous view over the central Anatolian plateau, including distant Cappadocia.

Like Erciyes Dağı for central Cappadocia,  Hasan Dağı is responssible for the Tuff landscapes in western Cappadocia especially the area around Aksaray and the  Ihlara Valley.

Instead of trying a summary on the different erupted material i leave this to real scientists:
Quote: Erkan Aydar, Alain Gourgaud       Citation 15
Mount Hasan is a double-peaked stratovolcano, located in Central Anatolia, Turkey. The magmas erupted from this multi-caldera complex range from basalt to rhyolite, but are dominated by andesite and dacite. Two terminal cones (Big Mt. Hasan and Small Mt. Hasan) culminate at 3253 m and 3069 m respectively. There are four evolutionary stages in the history of the volcanic complex (stage 1: Kecikalesi volcano, 13 Ma, stage 2: Palaeovolcano, 7 Ma, stage 3: Mesovolcano and stage 4: Neovolcano). The eruptive products consist of lava flows, lava domes, and pyroclastic rocks. The later include ignimbrites, phreatomagmatic intrusive breccias and nuées ardentes, sometimes reworked as lahars. The total volume is estimated to be 354 km3, the area extent 760 km2. Textural and mineralogical data suggest that both magma mixing and fractional crystallization were involved in the generation of the andesites and dacites. The magmas erupted from the central volcanoes show a transition with time from tholeite to calc-alkaline. Three generations of basaltic strombolian cones and lava flows were emplaced contemporaneously with the central volcanoes. The corresponding lavas are alkaline with a sodic tendency.
Journal: Journal of Volcanology and Geothermal Research – J VOLCANOL GEOTHERM RES , vol. 85, no. 1, pp. 129-152, 1998 ” from http://libra.msra.cn/Publication/40493254/the-geology-of-mount-hasan-stratovolcano-central-anatolia-turkey ( On this site you can also find lots of references and links to papers on turkish volcanism! ) 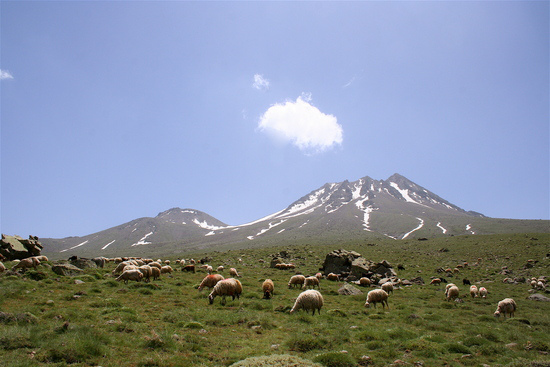 The painting at one of the shrines of Catal Huyuk is considered the world’s first landscape, or  a work of art depicting a scene in nature with no story. ( http://yesaparthistory.blogspot.co.at/2011/07/chapter-i-birth-of-art-africa-europe_04.html )

On the painting from around 6150BC:

Image of the original painting: http://www.infovis.net/printMag.php?num=110&lang=2

I had problems to find where the image on top of this article came from. The only possible explanation i found, comes from  Volcano Live: http://www.volcanolive.com/hasan.html stating:  ( Quote) “Neolithic paintings show caldera formation in 7600-7500 BC. More recent paintings show pyroclastic flows that destroyed towns and villages in 620 BC.” 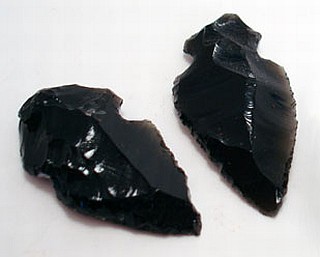 Arrowheads made of Obsidian

GVP: http://www.volcano.si.edu/volcano.cfm?vn=213002
Volcanodiscovery: http://www.volcanodiscovery.com/hasan_dagi.html
Quote: “The Hasan Dagi is a huge stratovolcano on which caldera collapses took place in ca. 7500-7600 years ago.
Background:
The double-peaked stratovolcano Hasan Dagi in Central Anatolia has undergone four episodes of caldera collapse. The latest formed a 4-5 km wide caldera at the summit. The modern edifice is the youngest of four major basaltic-to-rhyolitic volcanic complexes dating back to the mid Miocene and was constructed within the latest caldera. Andesitic-to-dacitic lava domes form the two summits. Lava domes and associated pyroclastic-flow deposits blanket more than half the flanks of the Mount Hasan volcanic complex. A group of more than 25 Quaternary cinder cones, maars, and lava flows dot the plains surrounding Hasan Dagi. Eruptions from Hasan Dagi impacted neolithic communities and were dramatically recorded in paintings that depict apparent caldera formation about 7600-7500 BC.”

The weather forecast for hikers:

https://www.flickr.com/photos/mselam/3102609595/: Murat Selam
Hasan Mountain / Hasan Dağı – Aksaray, Türkiye
Mount Hasan (Turkish: Hasan Dağı) is an inactive volcano in Niğde and Aksaray provinces, Turkey. With an altitude of 3,268 mt (10,672 ft.), it ranks as the second highest mountain of central Anatolia. A caldera 4-5 kilometres wide formed near the current summit around 7500 BC, in an eruption recorded in Neolithic paintings.

Oh, and new riddles are up!  (Head over to the riddle page to answer them!) 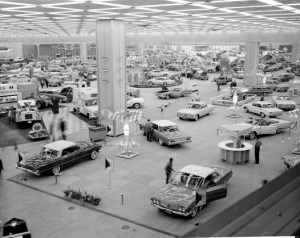 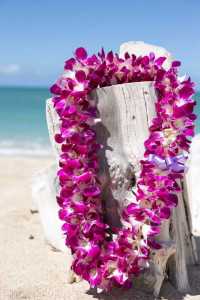 3.  Send Rin Tin Tin to Timbuktu to find this one.