What are the tectonics behind Rinjani?

This is a short follow-up to the Rinjani post Granyia wrote last week.

Rinjani sits in a rough geologic neighborhood. It is some 170 km west of Tambora which is on West Nusa Tenggara (Sumbawa). It is some 110 km east of The Batur Caldera on Bali. Bali also has The Buyan – Bratan Volcanic Complex and Gunung Agung. These are active, relatively recent calderas which indicate robust magma feeds from the subducting Indo-Australian Plate. The string of islands east of Java is referred to as the Lesser Sunda Islands. 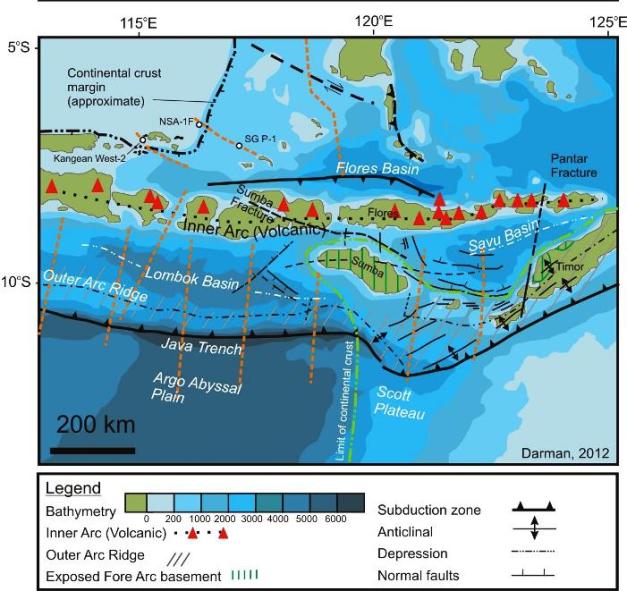 The basic tectonic forces of eastern Indonesia are driven by the subduction of the Indo-Australian Plate under the Eurasian Plate. The subduction location is marked by the Java Trench which transitions to the Timor Trench as you travel along it toward New Guinea. At the location of Lombok Island and Rinjani, the motion of the subduction is generally south to north.

As you travel along the Java Trench eastbound, the plate interaction becomes quite complex as the collision between the Indo–Australian and Eurasian Plates shatters weak regions at the end of the Eurasian Plate. We have the Timor Microplate on the southern edge of the line of impact. North of it is the Banda Sea Microplate. North of that is the Molucca Microplate (Sulawesi). North of that is the Bird’s Head Microplate. Travel a little further north from that junction, and you end up with the Philippine Plate. Travel a little farther east and you end up with the Pacific Plate. 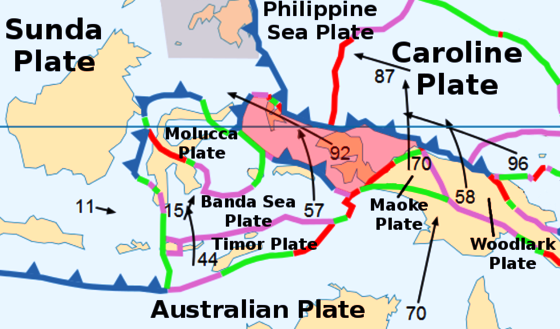 The absolute tectonic mess at the eastern end of the Eurasian Plate – http://www.wikiwand.com/en/Bird’s_Head_Plate

Interestingly (at least to me), it appears that the vigorous volcanic activity in the Lesser Sunda islands is driven primarily by subduction and manifests itself as front arc volcanism. I wonder why the jumbled tectonic mess that is eastern Indonesia and the various basins and platelet boundaries would not have introduced more weaknesses through the Eurasian plate allowing more opportunity for basaltic magmas to reach the surface as they have around intra-plate blocks in New Mexico and the Bering Sea. Perhaps you need a significant and wet magma source, which is what the subducting plate provides.  Appears that magma source does not exist at the eastern end of the Eurasian Plate, though if you go east of New Guinea, you run into the Ontong – Java Plateau, a relatively recent Large Igneous Province. 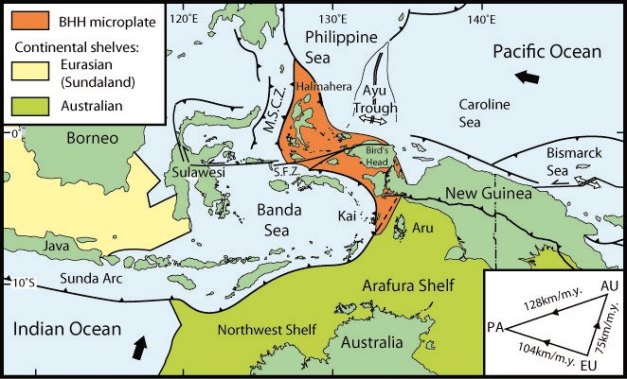 Another view of the plate collisions in eastern Indonesia – http://earthjay.com/?p=2035

The Lesser Sunda Islands are divided into four tectonic structural units. From north to south, these include the back arc region which is mainly the Flores Sea. There are two major zones of back arc thrusting in the Flores Sea and surrounding islands.

The inner arc region includes most of the islands of the Lesser Sunda. The width of the islands decreases as you travel east along their line. The islands are marked by extensive volcanism with that centered around Lombok Island being the most recent. Not only do these islands contain significant volcanic structures, they are also being uplifted via folding of the crust underneath the plate by the collision offshore. Uplifting has not ended and appears to still be underway.

Lombok is located some 300 km north of the Java Trench. The Benioff Zone lies some 170 km beneath the island. This is the location of melting plate that supplies the volcanic activity. Crustal thickness under Lombok is some 20 km. https://en.wikibooks.org/wiki/The_Geology_of_Indonesia/The_lesser_Sunda_Islands

As usual, I am not an expert. Merely a hobbyist. 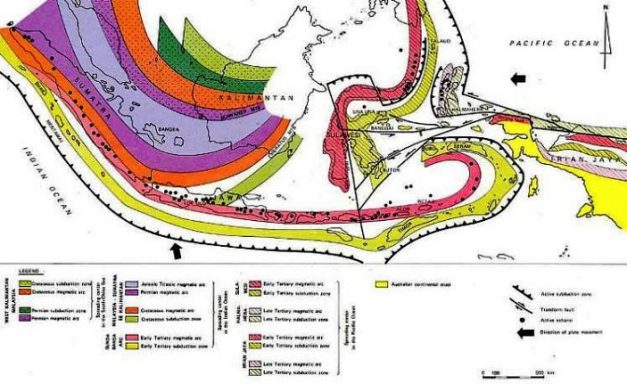 5 comments on “What are the tectonics behind Rinjani?”